This is pretty cool:
The training & team facilities are something else 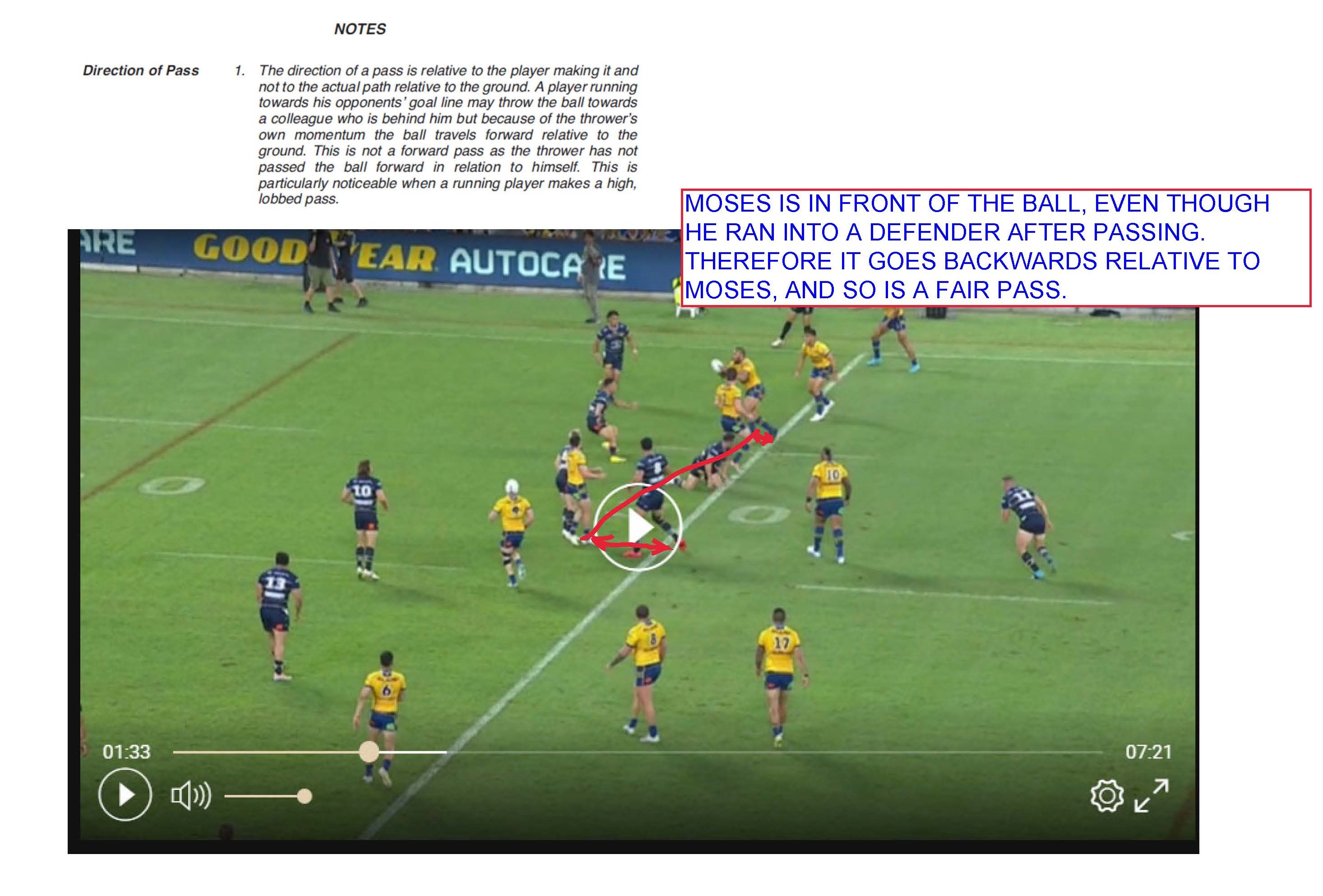 ^Isn't it a bit of a fallacy to show where Moses was when Pap caught the pass? Unless PVL introduced a 'statue' rule where you have to stay stock still for 5 seconds after passing (if so Moses should have been penalised as he was on/behind the line when the ball left his hand). I watched the game at the time and thought it was forward (haven't changed my mind) but this type of shenanigans shows that you are never going to get agreement on this regardless of the refs call/technology. I wanted them to win but the Cowboys had plenty of opportunities to score more points.....
Chewie Chewie wrote:Good to see that NBrown gets to play in the GF

Saw that..interesting as he hasnt been picked for months.
easytiger

Yeah, I'm not sure who your argument is actually with, Dolphin?
It seems most people have moved on, but yeah IMO it wasn't a great call, but you probably see worse calls fairly regularly.

As Aardvark points out, where Moses is when iPap catches the ball is irrelevant to the extreme.
It also doesn't matter where Moses feet are, unless passed the ball with his feet (in which case we're checking onside rather than forwards passes...)

But, for the sake of balance.
Here's a screenshot at the time the ball leaves Moses' hand. 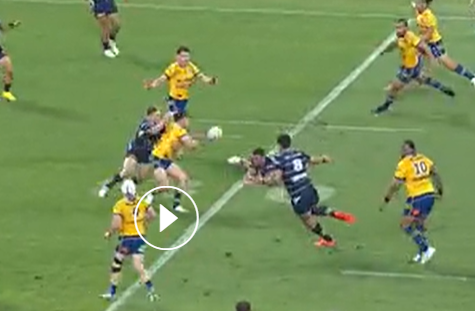 You'll note that he is much closer to the 20M line than your later screenshot.
You may also note in watching the footage that Moses' body momentum was backwards when he passed the ball (i.e. towards his own goal line).
His arms are outstretched and closer to the Eels goal line than his feet.
So, your screenshot illustrates that iPap catches the ball with his hands in front of him a foot or so beyond the 20m goal line (closer to the Cowboys line) indicating that the ball travelled forwards, despite Moses backwards momentum (which is what made it look more forwards than it probably was).

At the end of the day, none of it really matters, anymore than any other historical on-field ruling.
It was probably technically the wrong decision, but history will show it was a try and the Eels won.

I think the bigger philosophical question is given a game is based around an arbitrary set of rules, by which teams play and decide a winner and loser, and IF the vast majority of the advocates (in particular neutrals) interpret a rule in a certain direction, then it's probably in the games best interest that the on-field referees have a similar understanding and interpretation for that rule.
OR you need to be better at communicating the rule and interpretation - which needs to be consumable.
This has in the past been one of the positive features of Rugby League - it's easy to pickup and understand and follow the rules (when compared to Union and interpretations around the ruck and scrummaging)

When the majority see it as a poor ruling, then it's not really added value to the product - because at the end of the day, it is a product... that's why PVL has so much fun adjusting it
my tv broke

easytiger wrote:
This has in the past been one of the positive features of Rugby League - it's easy to pickup and understand and follow the rules

I found last week that League is really difficult to explain to a colombian who has very little knowledge of sport in general. I think part of the problem was the wine that had been consumed
Chewie

Saw that..interesting as he hasnt been picked for months.

I guess he provides that extra energy in the middle, straight hard running.
I any case, glad he gets the opportunity, he's put a lot of hard work in over the years
Rabbits21

What a try a few mins ago from Taufa OH MY BOOSTER.

Been a good women’s GF
Rabbits21

Rabbits21 wrote:What a try a few mins ago from Taufa OH MY BOOSTER.

Been a good women’s GF

Looks like Taufa boosting me into the top 100. Really regretting that time I thought I’d captained Cleary (94) and left it on Cook (31), would be top 50

Comp was too short for mistakes like that
robelgordo

robelgordo wrote:East tiger up to 5th, only 33 behind now.

I’m up quite a few places up to 42nd I’m pretty happy!

Thanks Rabbits and Rob,
Yeah, close enough to have a slim chance.

Could pivot to Moses over Cleary, but not really feeling it.
I think I might just shift from Crichton to Tago (least popular of the 3 centres) and hope for a bit of luck on that left edge.

It's hard to know when we're blind about any other teams.

Enjoy the GF gang, hoping for an eels win, find them more tolerable than penref

Close game is preferable to anything though

Hope waqa has his catchers mits on

Need a moses and brown masterclass to win 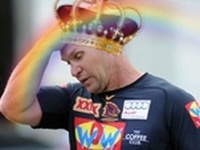 Lock the Barnes family in every year.

Good luck to all the Eels fans on here. No offence to Pamfus fans but sheesh, 1986...
filthridden

standard-issue wrote:Good luck to all the Eels fans on here.  No offence to Pamfus fans but sheesh, 1986...

I'd just love to see Papali'i get a premiership.
standard-issue

standard-issue wrote:Good luck to all the Eels fans on here.  No offence to Pamfus fans but sheesh, 1986...

I'd just love to see Papali'i get a premiership.

Next year mate! How you travelling?
Go to page :