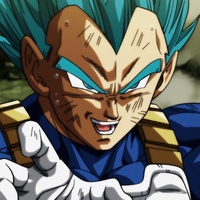 A thread to chuck up posts that deserve post of the year mentions.
RandomSil

The night before TLT - A Jumping Marlin masterpiece.

@Jumping Marlin wrote:'Twas the night before Teamlist, when all thro' the house
Not a creature was stirring, not even a mouse;

The draft teams were typed in the website with care,
In hopes that TLT soon would be there;

Rabbits21 was nestled all snug in his bed,
While visions of making level 1 danc'd in his head,

And Milch in his barnyard, and MTB in his cap,
Had just settled their brains for a pre TLT nap

When down on the internet there arose such a clatter,
I sprang from the bed to see what was the matter.

Away to the screen I flew like a fright,
Turned on the computer, and opened up the site

When, what to my wondering eyes should appear,
But a team list from Wacko, without favour or fear,

Yet more rapid than eagles the fanatics they came,
So he whistled, and shouted, and call'd them by name:

"Now! Welshy, now! Mulvy, now! Chewie, and Cookie
"On! FalconSloth, on! Bethany, on! MattNZ and Wolfie;

So back to the beds the fanatics they flew,
With the brains full of Cows - and sub guns too:

And then in a twinkling, I heard on the wind
The searching for the POD they were trying to find

As I drew in my head, and was turning around,
In my dream I see Teddy with a ball on the mound:

He was kicking for goal with his trusty  right foot,
But his clothes were all tarnish'd with ashes and soot;

A bundle of weight was flung on his back,
He’d come off second best against the Tigers big pack:

His eyes no longer twinkled! His kick was in vein,
Losing 40-6 to the Tigers was certainly a pain;

His 40 fantasy points was something of a blow
I’d captained the bugger, it was like wading in snow ;

Then Levi popped in, and so I clenched my  teeth,
Cheeky bastard came over and gave me a wreath.

He looked at my team and laughed as he said,
you’ll need this wreath with that draft team in your head

Then you’ve got LAM and BMM and the Peach
Come TLT 4pm, I think you’ll run out of speech

He spoke not a word, he just shook his head,
Panic is coming, your current team’ll be dead,

So get well rested, you’ll need every cell
To fix up the mess from this TLT hell

Then I heard him exclaim, as he drove out of sight-
Happy TLT to all, and to all a good night.

Booze's awesome poster thrown up on page 47 of thread 20 gotta get a run here surely ?
filthridden 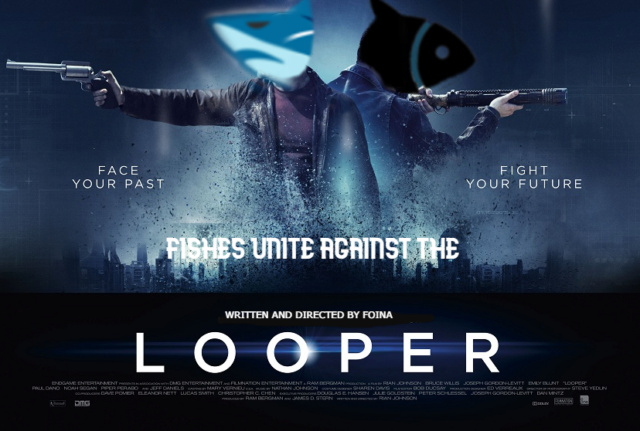 Cheers Filth. Nice and creative, I myself fear some of the humour and banter is disappearing in general, so this type of thing is gold imo.
filthridden 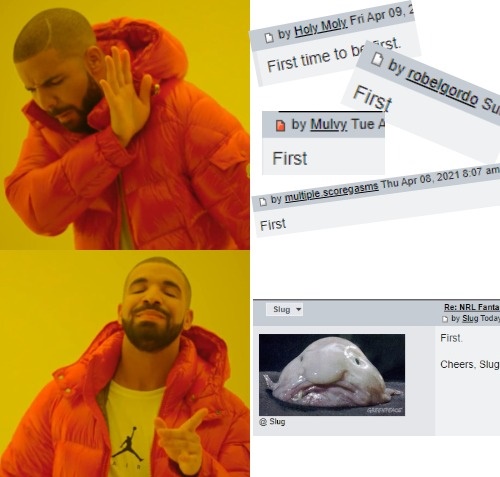 I think Glenn is still a couple of weeks away.

This from mid last week - “He will now go through a 2-3 week reload, he is back running and progressing well, and we will reintroduce him to skills sometime next week,”

@WT Winfield wrote:When are they gonna get around to doing that for everyone else?

I mean, he's like 9 years old. If you leave him alone in Sydney he'll just eat too many lollies and stay up late waiting to see boobies on SBS. Much better keep an eye on him with the playing group.

@rhinoceroo wrote:Anyone want to talk me out of Albert Kelly for Simpkin?

@FalconSloth wrote:
So far this year we have discovered that the more prominent the chin the larger the scoring. As seen by Cleary (98.4) (no explanation required)
Fifita (75.2): 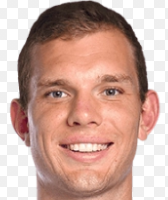 As can be seen his chin protrudes further than his lips, so, whilst his long neck disguises the prominance of his chin from straight on it can be observed that it is infact quite prominent as I've been told by sources close to Tom.

The trade in option you have mentioned is Albert Kelly 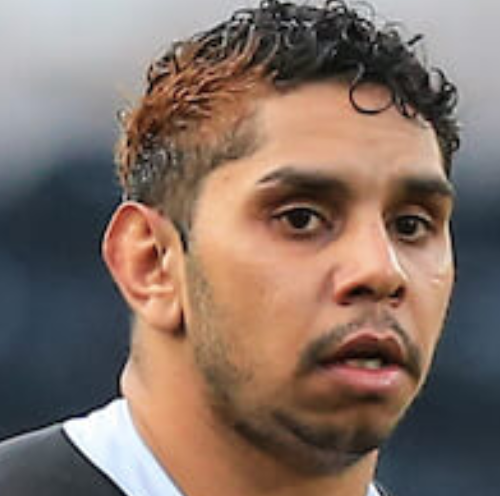 It can be observed that his chin is quite the opposite and is not prominent in any way. This screams trap for me but ultimately it is your decision but keep in mind that anyone that didn't trust the chin is way behind now.

@my tv broke wrote:If teddy scores a try i will get a bag