@Revraiser wrote:6 year relationship.... and then bonkers.. how did cartridge get involved with her and what did he do to stir that up.
Comments from a woman about not being able to pleasure a woman are low, once it is said it is out their.
How dumb is she to post it all so openly. Bad choice from the outset Carty.

Just comes across as desperate to me when a girl says something like that.
If you were with him for 6 years... (isnt he 22? they were together since they were 16? wow) something was obviously working, and she would have been with him before he had money so cant really use that as an excuse either.

He obviously cheated on her or something - and shes a bit unstable and dumb.. she is from fucking penrith I assume so yeah... if you live out there and dont have a RIP or SUCH IS LIFE tat, you are the weird one.
Pieman

some interesting comments about it in an nrl reddit, take it with a grain of salt tho here
Honeysett

Surely each match of the round is every Friday night game when the Broncos are playing.

They'll be up there, majority of fans want me to rip on them so they'll get a run.
Honeysett

It's this cutting wit that has me looking forward to the new season, and hopefully a few new write-ups

She also said I had a small dick, so I pulled my pants down and proved her right. Wrong. I meant wrong.... shit.
Honeysett

@Pieman wrote:some interesting comments about it in an nrl reddit, take it with a grain of salt tho here

"another offload from cartwright resulting in an error"

yeah got a solid lol out of me
Dip

Yeah that was a fantastic line. As was "I think the best outcome for this is for Cronulla to be stripped of their premiership".
RandomSil

Another note from the NRL reddit pages. Is /u/HenchBandicoot our very own?
No Worries

Random wrote:Another note from the NRL reddit pages. Is /u/HenchBandicoot our very own?

Spoiler:
That would line up with "our" Hench's presence on other social media platforms

Random wrote:Another note from the NRL reddit pages. Is /u/HenchBandicoot our very own?

Were they posting images from Cartwright's Instagram page while asking about his pets/friends/family members? If so that is "our" Hench.
Revraiser 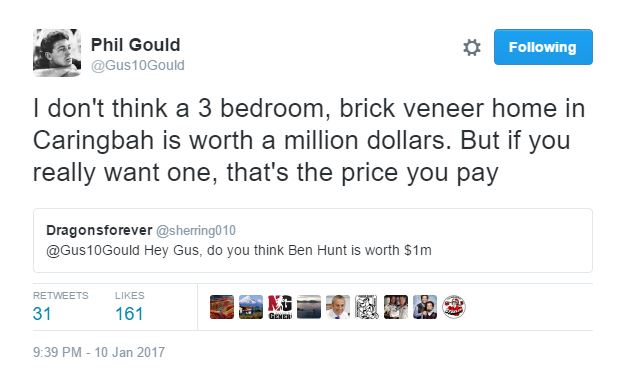 I thought that was already confirmed as BS as Lewis didn't want to move OS because of his family.
No Worries

I thought that was already confirmed as BS as Lewis didn't want to move OS because of his family.

I heard the opposite, that he's only on a 1 year deal and this gets his foot in the door and potentially longer Super league contract. Good think it's in the rumour thread. The next one has apparently inprincipal agreement from Zeb.
No Worries

Saints Helen’s are believed to have proposed a offer to the Gold Coast Titans that will see Zeb Taia become a Saint in 2017 and will deliver Joe Greenwood to the Titans before the start of the 2017 Season.
No Worries

She is definately a class act
https://www.triplem.com.au/sport/nrl/news/panthers-release-statement-regarding-reported-bryce-cartwright-abortion-deal/
wizard333

I would'nt be that quick to diss the young lady based on Gould's arse covering for the Panthers.  This may have a few weeks left to run yet.

People speculating on things they don't knew the full details of maybe.
News LTD wouldn't do that would they?
RandomSil

Not relevant, just cool to see wizard around again.
Go to page :