this is shaping up nicely for us, Rabbitohs will be rehabbing a lot of bumps and bruises next week, and there might be a few mental scars aswell
WT Winfield

Another Storm v. Sharks final would be great.
MilfordTheMagician

Geez I tell you what. Melbourne kept Sutton and Crichton pretty quiet. Sutton especially I think.
Finucane one of Melbourne's best. Kaufusi was great too.
filthridden

Top 6 from each side:

Another Storm v. Sharks final would be great.

I think that would be my least favourite combo
Pieman

you would think that Bromwich will have something to answer for for the chicken wing on GI. That was a shocker.
Also, lol, the sin binning for Gurgess. Furthers the case even more that sims should have been binned a few weeks ago.

That was one of the best games of footy I have ever seen, was deadset unreal. The season goes for too fucking long and we end up with too many fucking shit games in the back half of the season when teams know they are out of it, and the top teams coast to the finals. Fuck I loved that game, if thats a taste of what we are getting in the finals then fuck me this is going to be the best series ever. After that clash, I am tipping a souths and melbourne GF. That was the highest quality and highest intensity game I have seen this year besides origin. Personally I dont think any other team besides the roosters can match that intensity and quality, maybe the sharks if they play as well as they possibly can.

That pass wasnt forward either.
wolfking

My dumb kids are playing minecraft and my wife is watching some ustv shit. Phone updates for me then.... stoopid family

Didn't realise the game was on so early. Let's go Panthers, back in it off that Cleary grubber.

Or should I say 'elevated grubber'

Now Luke puts the kickoff over the sideline by about 4 metres. Warriors getting rattled now.
wolfking

@Verbal Kint wrote:My dumb kids are playing minecraft and my wife is watching some ustv shit. Phone updates for me then.... stoopid family

Give her a couple of wines mate quick.

Katoa getting involved in everything. Great play out of dummy half to put DWZ through and Maloney over.

Warriors falling apart and RTS down.

RTS carried off by the trainers with some ankle looking injury. Probably done.

Wouldn't write the Warriors off yet. Once it sinks in that they're fucked, they'll start wildly throwing it around, and when a couple stick the momentum might shift.

All Panthers right now though.
bluetige 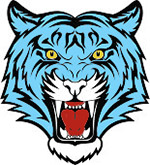 @Verbal Kint wrote:My dumb kids are playing minecraft and my wife is watching some ustv shit. Phone updates for me then.... stoopid family

Do you have Foxtel, and WiFi in the house, if Yes get the "Foxtel GO" app and watch it on your phone. If No, then too bad, enjoy these few and far between updates
MilfordTheMagician

I think Sharks can win the comp.
Go to page :