season is almost here, thought i'd drum up an interesting thread for shits and giggles

so between now and the start of the season, i'll start a new thread every day or so where poster put up their top 10 at every position and i'll use that to come up with a forum wide top 10

if you're ever stuck, this link has predicted round 1 line ups and other info on injured players.

1. James Tedesco - probs a bit of NSW Bias here
2. Darius Boyd
3. Greg Inglis
4. Billy Slater - could easily be higher if we knew he was the same player but he could just as easily be lower with how much footy he has missed.
5. RTS
6. Matt Moylan
7. Jarryd Hayne - should be better for the run last year, could easily finish anywhere on this list come years end, hard to know what to expect from him
8. Lachlan Coote
9. Josh Dugan
10. Tom Trbojevic - should atleast jump coote and dugan this year

havn't included munster because of Slater coming back

Guys who miss out - Whoever plays for the Knights, Wighton, Hoppa, Mitchell, Holmes, French

Really strong position. I consider the top 7 world class and would be happy with any of those top 10 + Mitchell and French given their age. Wighton, Hoppa and Holmes also have their strengths although I think they're all better suited to centre or wing than fullback. Add to that guys like Kahu who'd be fringe top 10 and Munster who'd be top 8, and someone like Lolehea and there is some remarkable depth in this position.
leaguegod

@Dip wrote:
Guys who miss out - Whoever plays for the Knights, Wighton, Hoppa, Mitchell, Holmes, French

Really strong position. I consider the top 7 world class and would be happy with any of those top 10 + Mitchell and French given their age. Wighton, Hoppa and Holmes also have their strengths although I think they're all better suited to centre or wing than fullback. Add to that guys like Kahu who'd be fringe top 10 and Munster who'd be top 8, and someone like Lolehea and there is some remarkable depth in this position.

agree with that, not as sold on french at fullback as say mitchell long term tho.


and holmes could become a top 10 guy imo, just hard to know right now whether he falls somewhere between RTS & dugan or whether its somewhere between dugan & wighton, all 3 of those guys are kinda like holmes where they have never been great ball players but are strong ball runners but there is still a pretty clear cap between each of them imo
RandomSil

1. Darius Boyd - He has done it all and continues to do it all. Not the flashiest FB, but the most consistent.
2. James Tedesco - Basically carries a team on his back at times, and looks amazing doing it.
3. Jarryd Hayne - With the full preseason and the hit out last year should finish Top 3.
4. Roger Tuivasa-Scheck - I think he steps back up to where he was in 2015.
5. Greg Inglis - I think he could slip down by end of year. He just drops off too much in games. If he stays switched on all season he will be great.

6. Matt Moylan - Always consistent and plays great as a playmaker.
7. Tom Trbojevic - The kid has shown flashes of brilliance when at FB and is set to make this season a breakout year.
8. Lachlan Coote - Again like Boyd, he isn't flashy but he is consistent.
9. Josh Dugan - Dugan is a great ball runner, but he has been quiet the last few years and that probably continues. (Perhaps I don't watch the Dragons play enough.)
10. Billy Slater - At this stage his injury makes him too much of a risk to consider picking higher. If it is Slater of old, the Top 3 would have a shake up.

Guys who could jump into the Top 10:

Cameron Munster - If it wasn't for Slater's injury he would already be there.
Valentine Holmes
Bevan French

Wighton has been done an absolute travesty in this thread to barely rate a mention. He had a bloody ordinary start to the season I'll admit but he finished it with a very strong showing in the second half. His stats show it, so its not simply my Raiders bias.

agree with that, not as sold on french at fullback as say mitchell long term tho.


and holmes could become a top 10 guy imo, just hard to know right now whether he falls somewhere between RTS & dugan or whether its somewhere between dugan & wighton, all 3 of those guys are kinda like holmes where they have never been great ball players but are strong ball runners but there is still a pretty clear cap between each of them imo

Wighton has 12 try assists last year, as many as Tedesco (who granted, played less games). He's definitely got flaws in his passing but I wouldn't say he's Dugan like.

Edit: I guess I should list mine as its a bit rude otherwise.

I'll have a sec to think about it and throw it up here:


1. Ted - Tbh I think i could make an argument for any of the top 3 being here. I gave Teddy the edge for 2015.
2. Dary B
3. Munster Mash
4. Inglis
5. TTrbo
6. Moylan
7. Wighton - I seriously think if he produces a full season of how he finished last year I'd have him ranked up at 4 by the end.
8. Coote - I'd have him higher but he seems to have got a serious case of yips when it comes to the high ball.
9. RTS - These last three I've only put here (and they might as well be grouped)because of time out from the game, which is possibly a bit of a cop out to make it easier to pick, but i also value a full season of form pretty highly.
9. Hayne
9. Slater

Hon mention: Holmes - Can't have him in there until he has had enough games to assess it obviously, but I think he's going to be bloody good for the sharks (I actually think he might be a bit of a let down fantasy wise though).

Wighton still has that 1 howler in him just about every game. If he gets that out of his game, and adds a bit better ball playing he could be great. I too think he is better suited to centre and think he would be an awesome winger. He is a good player but he just isnt close to the level of the Boyd's, Tedesco's, Moylans and Slaters and Hayne's of the world. Not at this stage of his career anyway.
Pieman

1. Tedesco - the best attacking fullback in the game, looks dangerous every single time he touches the ball.
2. Boyd - defence is the best in the game as well as his positioning, in attack his last pass is the best in the game and seems to be running himself a little more. Prob QLD v NSW bias here for 1 and 2.
3. Hayne - if he gets back to the form he was in before he left, he could easily be 1 on the list.
4. TTrbo - with a pre-season at fullback and growing into his body a bit he is the next elite level fullback coming through
5. Slater - largely unkown but we all know what he has done in the past - could be number 1 or may not play at all
5. Moylan - his attack is lockyer esque, but his defence is too
6. RTS - largely unknown, but is an electric runner of the ball
7. Inglis - classy in a maroon or Aus jersey, but just goes missing too much. One great run every 3/4 games just isnt enough. He will play a fair bit of centre or 6 this year IMO
8. Holmes - will be brilliant, have never seen him ball play tho.
9. Dugan - he just cant ball play, which ruins him in attack. He is a great runner and great defender, but is a better centre than fullback.
10. Coote - prob isnt even the best fullback at his club any more, def got the yips in some big games last year. Can be a classy player but just doesnt have the speed/size/creativity of the other guys.

Latrell Mitchell will be playing centre
French I like but only in attack, his defence will be gross and I can see him and Hoffman switching around a lot in defence
Wighton is a good player, would prob be one of the better centres in the league but just isnt as good as the other fullbacks
Same with hoppa
Plythian... lolz
If Munster plays 1 then he slots in there prob just above Holmes

Wighton the only fullback to have a punched a bloke in the last few years. #deservesbetter
Beast From The Big East 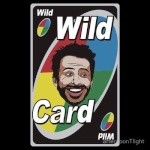 1. RTS - Warriors to finally go further than stage one into the finals (in a long time) on the back of RTS and his combo with the rep spine

2. Massive toss up but I'll go Teddy (although I am predicting another season ending injury this year).

3. Boyd - I think he's ready for captaincy (massive turn around for a media shy git) and that unlike some others he'll relish the responsibility. As some others have said, I don't expect him to be ultra flashy and everyone to be wowed but he'll be consistent as hell.

4. Moylan - Rep duty does him favours. I liked the look of him at the end of the year last year and think he'll make it to the NSW jumper again this year (on the back of the Teddy injury predicted above) and comes on even more from it. Bloke is raring and is still a relative youngster.

5. Hayne - Chief cock. Can't stand the bloke but think he's a natural, almost a certainty for a Blue jumper and rep honors this year.

7. Holmes - I think he'll do Ok. Nothing spectacular but in a year where (I think) the Sharkies struggle, Holmes is their most promising prospect. I reckon it will take him time to settle but by the end of the year we'll all be talking about him as a legit option as a first rate FB.

8. Tommy Turbo - gifted as hell for sure but I think he'll struggle with the transition and that coupled with the fact that Manly won't do anything spectacular this year means he's this low for me.

Hayne will find his way on by the end of the season I imagine. I feel like Coote is too low but I couldnt move anybody ahead of him down.
Dip

*This includes Pieman's 5th place x 2 was a cut and past error, so I shifted them down and dropped off Coote. Archer's 3 at equal 9th got a point each, so still 3 points total that would normally be allotted to 9th & 10th. Mearcat's 9th & 10th equal got 1.5 points each. Ignored Welshy's 1 player list.
leaguegod

love you work DIP, was exactly how i was going to do, thanks for noticing the error on my centre rankings too
Current date/time is Mon Jun 01, 2020 1:32 pm