How do you like them apples you blue eyed undead cunt:cheer:
manlybeaver

Makes you wonder about brown and green, trant had brown eyes think little finger and waif had green eyes or maybe cersei is ment to be her green eye kill
filthridden

*Far fewer key characters died than anticipated
*wtf Bran just turning into crows and flying around. He seemed to be doing that for a while, is that going to play into something that happens next episode or did he just want a good view (even though no one else in the entire episode could see anything)
*arya stealth scene was awesome
*dothraki lit up and then extinguished was awesome but why not just start laying down dragon fire straight off the bat rather than your army charging for no reason?
Milchcow

Night King's death seemed a but anti-climactic at this point in the story. Is his and Bran's story basically done now or will something else pop up.
Interested to see what they do for the next 3 episodes now the major villain seems to have been defeated, is it just going to be Cersei in King's Landing until the end or will we get more from beyond the wall.

I agree that a lot more characters survived than i was expecting.

Also agree that battle tactics for the humans seemed strange at times.

Some of the battle scenes were so dark it was ahrd to follow what happened.
I enjoyed Sansa/Tyrion scenes, Arya/Hound/Beric and Melisandre scenes
Lyanna Mormont got a worthy send off, as did Theon (although if he'd just held back for 30 seconds, maybe he'd still be alive)

Brienne, Jaime, Tormund and a few others may as well have not have been in the episode. Other than just get themselves surrounded by wights and not die, they didn't actually contribute anything.

Jon and Dany's scenes were often hard to follow. Just flying dragons in the dark.
Revraiser

The whole lot of them to the Islands u reckon ?

Are they trying to make it look like Daenerys might knock Snow off herself in order to keep the Throne hers ?

I'm preparing to be saddened by how many prominent characters are killed given it is the end of the series.

Bronn has been sent to kill off both Jamie and Tyrion, how will that play out with the White walkers the focus ?

None of the above was even mentioned in epl 3, only three to go... crammy ? Thought more turns or deaths would have been interesting, instead just the huge battle.
Revraiser

And im a little confused Re the 'turning" to a white walker thing.
Hasn't everyone previously thought that u can only turn a certain way ? As having a huge face off knowing that everyone who dies will wake and turn on u at ur very doorstep seems the ultimate stupidity.
filthridden

I honestly didn't find much satisfaction in that episode at all.
Far too many coincidences and characters acting out of character far too often. Didn't make a lot of sense.
No Worries

@filthridden wrote:I honestly didn't find much satisfaction in that episode at all.
Far too many coincidences and characters acting out of character far too often. Didn't make a lot of sense.

The further from the books they get the less like GOT the storylines are becoming. Next week had better be good but I get the feeling that GRRM has led them down the garden path.
No Worries

There's no time to tie up all the story lines. It's either a crammed mad scramble that is full of plot holes or **SPOILER ALERT** They wrap up the main threads, then Tyrion wakes up and it's all been a dream.
MrCashman 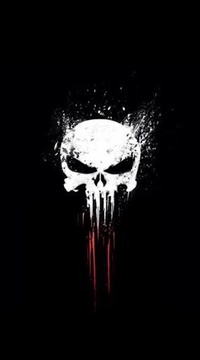 The budget for the last episode has been slashed
Revraiser

Thought the episode was top notch action and scene wise, very well done. Daenerys totally shocked me as she now won't have any followers, hardly. Where did Tyrion go in all the flames ?
Krump

She's been building up to going nuts for years, anyone want to guess who knocks her off?
MrCashman

I will guess Tyrion

Ive been very against the whole "last season is shit" movement until last night. Worst finish to a show ever (bar Dexter, which fell off an absolute cliff). Even Lost was better then that rubbish.

The three going in different directions was meant to be zome sort of open ended closure ?
Personally still have no idea what was said to Snow and then suddenly he was off to the forest....
Krump

It was crap that may has well have been a Disney movie. HBO handing out happy endings like a dodgy massage parlour.
Milchcow

I'm a bit like ryno_. I haven't been getting caught up in the recent hate that so many people have,, but that was a bit underwhelming as a final.

With Grey Worm off in Narth, Jon Snow can end his exile whenever he wants (arguably he belongs up in the North anyway though). It's not like Grey Worm is going to rush back to Westeros to start a war if he finds out they've reneged in the deal.

I'm surprised none of the other kingdoms decided to follow Sansa in the declaration of independence. Iron Islands and Dorne especially I imagine will break from the 6 Kingdoms sooner or later.

Still for such an epic show, with so many characters and plot lines, I don't think it's possible for them to wrap it up in a way that pleases everyone (and I believe it's a key reason why GRRM can't actually write any more books) so I will just appreciate the show for all the good things it's done over the past 8 seasons.
standard-issue

@ryno_ wrote:Ive been very against the whole "last season is shit" movement until last night. Worst finish to a show ever (bar Dexter, which fell off an absolute cliff). Even Lost was better then that rubbish.

I think I'm in the minority on Dexter-I didn't mind the ending. GOT however, completely agree.
Go to page :