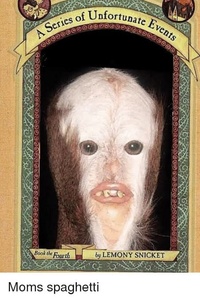 Can do Randall - Robson + Penisini - Mcinnis this week.

Are these solid trades?

I feel both of these trades have cash upside aswell as being 10 point upgrades.
Rabbits21

You must be burning through those trades.

Yeah I am but I still feel comfortable fuck this Schneider thing now.

Could do Talakai to Aitken and Schneider to Bunt as a POD move or get McInnes?
robelgordo

But the mail is the Raiders are leaning towards giving rookie Schneider a rest after 10 straight games in the top grade and keeping Frawley in the top squad for another week.

Interesting. First and probably wrong thoughts - inclined to hold the Schniz if it's a legit rest.
SoylentGreen 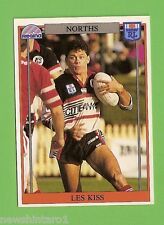 Braith really is as dumb as rocks. I don't understand how anyone would employ him to look after their business dealings unless they are also as dumb as... oh.

The things you learn
wolfking

Yeah I am but I still feel comfortable fuck this Schneider thing now.

Could do Talakai to Aitken and Schneider to Bunt as a POD move or get McInnes?

I'll be your host for the trades, before the more reliable Milchy takes over later in the week.
Cookie Monster


Just a reminder for those of you who are in this comp. You can post your proposed trades in the Fantasy Fantasy thread or PM them to me if you prefer

Mulvy wrote:*mutters to myself. Fucking Cookie. Stealing my thunder. Starting new threads like he owns the joint. Maybe I could discredit him by leaking some of his "rehab" videos to the integrity unit.

Oh no. My (now not so) secret shame

Curse you Mulvy. I will have my vengeance.........vengeance I tell you


I'm vetoing your Pain to AR trade and changing it to a Mulvy to Cookie Monster trade. Then I'm going to go purposefully bad at fantasy to ruin your season. Yes, purposefully bad

my tv broke wrote:Not much happening today. Anyone bothered to review their trades for the season so far?

I'll have a go

2: Cheese + Russell to Clifford + Nanai: not ideal considering how Clifford went but I was forced by injury and Clifford did get me one good score and about 50k in profit when I sold. Nanai did well too.

4: Bullemor + Coates to Jones + May: Two good trades, nothing to say really

5: Clifford to Cook: Very glad I did this, Cook is a very nice POD to have even if getting him meant I didn't get Grant who has also been killing it

6: Critta + Leo Thompson to Koula + Lee: These trades were to raise money for Cleary, I did the second one right before the Knights game on that Sunday, and the ~430k I had in the bank after that proved crucial for the next week's trades

7: Teddy + JKing to Cleary + Talakai: I sold Teddy at the wrong time in hindsight, but I at least got Talakai's 100 and Cleary's safe captaincy out of it, so it could have been worse.

8: Nanai to Hastings: I was somewhat hesitant to sell Nanai but very glad I went ahead with this one, got Hastings a week before a lot of people did

9: Jones + Penisini to Tass + Cotter: Tass was not an ideal buy but getting him meant I could get Cotter in, and I needed a MID that week.

10: Papy + Lee to Ponga + Elliott: Ponga didn't do amazingly but I bought him for his draw going forward, not just one week. Since I sold Edrick, I couldn't reverse the Elliott trade which sucks, but I think he's fine to hold until 13 anyway.
Rabbits21

Round 2: no trades made

Round 3: Tuilagi to Starling and Koula to Leo Thompson

Round 4: Bullemor to Jones

Round 5: D. Fifita to Koula and J. King to Cleary

Round 6: Nanai to May

Round 7: S. Crichton to Edrick and Leo Thompson to Angus

Round 8: Randall to Talakai and Mann to Hastings

Round 9: Jones to Tass and Haas to Lolo

Round 10: Pap to Burton and Edrick to Elliot
mrbrownstone

For everyone asking about McInness, he's a strong avoid IMO.


(Want to keep him for myself at 2% ownership! That's already up from 1.6% before lockout lifted you bastards!)
White Lightning 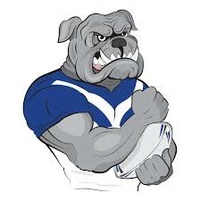 Both good options but wanted to get a forum coin toss:

R3: Russell to Thompson - Thompson has muddled his way to 107k profits since I bought him, so will make worse trades. However, should have got May instead this week in hindsight. I only did this trade instead to fund Bully -> Starling, then reversed that when I saw Starling was benched.

R6: Vailea to Koula, Bully to Taaffe: Vailea to Koula probably a tick, Taaffe a bit of a dud so far but finally helped his BE out last week so might be of some use eventually.

Thoughts on selling Penisini? I don't really like selling fit centres, especially when they're putting up solid scores.

Looking at Penis + Coates to Walsh and Burton. Or is it worth just saving the trade and doing Coates straight to Burton and skipping Walsh?
danseels1985


Thoughts what to do this week? Was thinking Talakai to McInnes and Coates to Manu/May

Are these solid trades?

I feel both of these trades have cash upside aswell as being 10 point upgrades.

mrbrownstone wrote:Thoughts on selling Penisini? I don't really like selling fit centres, especially when they're putting up solid scores.

Looking at Penis + Coates to Walsh and Burton. Or is it worth just saving the trade and doing Coates straight to Burton and skipping Walsh?

I also own both Penisini and Coates and I really need to shift the latter so my opinion would be just trade him straight to Burton. Penisini is still putting up consistent if unspectacular scores
danseels1985

Is Talakai to Cotter a silly trade now with Origin looming?
Bethany_B

mrbrownstone wrote:Thoughts on selling Penisini? I don't really like selling fit centres, especially when they're putting up solid scores.

Looking at Penis + Coates to Walsh and Burton. Or is it worth just saving the trade and doing Coates straight to Burton and skipping Walsh?

I sold Penisini 2 weeks ago for Cotter, 100% worth it even if it meant buying Tass to fund it.

You can keep him if you want to save a trade, but he's not the worst one to sell. I would probably let Walsh go unless you're really short of WFBs, and just get Burton in a single trade
Khany