Fantasy Finals Footy update:
Rhinoceroo has taken a 4 point lead with 319 points ahead of the Rookie 101.
Filthy, Milchy, Camo, & Honeysett are not far behind with an extra player up their sleeves
WT Winfield

Might aswell chuck Clownbrook on the spit too. If Herbert had enjoyed some continuity with his backrower and halves, instead of a rotating cast the past 2 months, maybe his brain wouldn't have melted in that moment.

Congrats Rabbits. I still gave you guys at least a 30% chance after the last Panthers game though. A contest between two top teams doesn't deviate that much from 50/50. I thought I was pushing it to call it a 70/30 in Panthers favour even.. That's a pretty massive edge, but still far from guaranteed.

What Souths have done is fuck everything up though. Now looking like Storm vs. Panthers and Rabbits vs. Manly for places in the GF

Sorry Rabbits but you guys now don't get to lose to us in the grand finals, you'll have to settle with the semi final

was quietly confident (and couldn’t resist the $3.90 on offer). but absolutely stoked with that performance.

Everyone including you gave us no chance that what’s the Souths spirit shines through mate. We are never down and out.

No one thought we could hang in the grind but we did baby!

I am still shaking I have had tears in my eyes just so bloody proud tonight!

Massive difference when it’s a fairly reffed game too!

Thought the game would be much closer than the odds suggested and even tipped Rabbitohs.

Well done Bunnies, won what was in front of them, but in no way was that the Panthers of 2021 out there last night.

I still can't get the end of the Titans match out of my mind, hilarious. It was all meant to be a fairytale last play and Herbert either froze or thought he would barge over like he has done a few times this year.

Everyone will write the Panthers off now, but all it was is one dour performance.
wolfking

I hope someone does a welfare check on Herbert today.
robelgordo

@mrbrownstone wrote:Plenty of water still to pass under the bridge, but where would the 20/21 Panthers rank on the list of best teams to never win a premiership?

All those regular season wins don't mean much after a result like that.

I still think the might win 2021, but if they don’t it’s a pretty amazing 2 season stint to not win a comp. Panthers were better last season though - saved their worst til last

Storm failing to win the comp in 2007

Bulldogs winning in 1995 when Canberra and Manly both went 20-2. Although those teams won either side at least.

Illawarra Steelers getting cheated out of a premiership in 1992 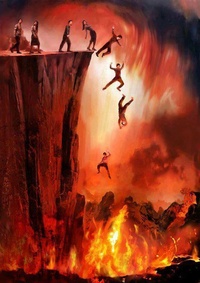 Great strategy by the Panthers. Set up the series so they play Storm in the final not the GF.
Less chance of choking against the robots in a final.
Then they will play Souths, Manly or Roosters in the GF !!
Aardvark Ratnick

@multiple.scoregasms wrote:Thought the game would be much closer than the odds suggested and even tipped Rabbitohs.

No charge for Yeo crusher last night is a joke, it was blatant.
Pain

No charge for Yeo (or Kenny or Martin).  Verrills facing one match ban.

EDIT: Rabbits too quick (with editorial comment added for no extra charge)
Chewie

I didn't think it was, you can see Yeo making an effort to avoid the crusher in the tackle
Rabbits21

@Chewie wrote:
I didn't think it was, you can see Yeo making an effort to avoid the crusher in the tackle

It was the same as the Keaon one 3 weeks ago.
Ramitinmyhaaas

Who cares mate, yous got a good win and are moving on. No need to worry about Penriff as you won't be meeting them until the GF potentially.
robelgordo

How many weeks is Koloa getting for that devastating late hit on Cleary?
robelgordo

Beat you guys in the pre-season final and in Brisbane, but lost the more recent fixtures in the ‘Gong (R22) and the finals.

That period I had a Rabs21 level of obsession and knowledge of the Steelers.
Aardvark Ratnick

@robelgordo wrote:How many weeks is Koloa getting for that devastating late hit on Cleary?

No site suspension for Rabbits21 ongoing ref bashing is a joke, it is blatant.
Go to page :