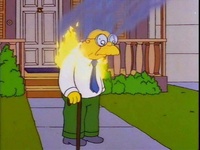 Assuming he's a hooker if they are after him? Is he a gun? Haven't ever seen him play before

I don’t think he’s even played league before, he’s a gun scrum half so I think he’d do alright but hard to make the transition at 29 or whatever he is. He’d be handy though just my gut feel
rectangle

We can go back to an old comfortable one if you remember it. I'll start:

Trades Riki to Bird and Roberts to Hampton. Niu in the EMGs and Liddle as loop if Leniu gets a good score or Alvaro. 174k itb Fui to Blore if he's playing
Mulvy

I think the break evens are lower than that mate.

Thanks Wolfking and Erin M,

@Rabbits21 wrote:I have just been to see my Uncle he’s doing a little better today face has a bit more colour. Still it’s a day by day thing but he managed to get up for a short walk yesterday. Still his heart is in a dangerous dangerous zone but he’s breathing a bit better today. Lungs aren’t in a good way though. Was great to see him a little more upbeat though! He’s trying to fight.

That's good news Rabbit's. Our prayers are with him.
Daveboy

Feeling a nice round 50 from Spencer tonight.
Regulator 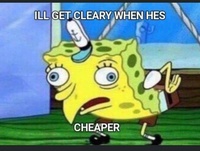 @Daveboy wrote:I can trade Fui to iPap this week or
Fui + Niu to Harris and a cheapie next week
Will target Haas when I trade out Townsend

Would be waiting the week for Harris personally

@wolfking wrote:Feeling a nice round 50 from Spencer tonight.

Finally caught up... how do people not know what feijoas are? Are they unique to NZ or something? My driveway has trees of them all down the side

@Chewie be aware Lucy is due a few lower scores. In his last 25 matches he has had 11 scores under 50.

Are you sure though?
Dttragic2016

Have had Milford and Fusitua to Peachey and Simpkin locked in for a couple of days. Would allow me to move JRoberts to the EMG and 10k bank. Cleary Captain.

Part of me wants to do something a bit more adventurous but might save that for SC & DT!

That too.
Finger Puppet Mafia

@mrbrownstone wrote:For those hesitating on playing Walker vs the Storm, HLFs vs the Storm so far this year:

He could score shit, but the matchup hardly guarantees it in the way some people are predicting, I think.

If this is playing on your mind then loop him. Most if not nearly all of us have Walker, Schuster and Liddle. Play Schuster in the halves, Liddle at 17, Walker at 18 and get a free look at him.
Chewie

@Chewie be aware Lucy is due a few lower scores. In his last 25 matches he has had 11 scores under 50. 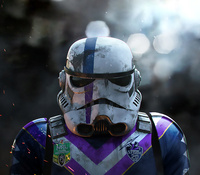 Dont say that about Spence!!! Hes is my 18th man...
filthridden

@StuDogg101 wrote:Finally caught up... how do people not know what feijoas are? Are they unique to NZ or something? My driveway has trees of them all down the side

They're relatively abundant in VIC but they're just not sold at a commercial level like in NZ.

Some supermarkets sell them and you might find a dozen or two in a supermarket but they're like $1.60ea which is truly extortionate to me.

Protip for kiwis in Aus: Get on facebook marketplace. Usually get them around $10/kg.
Liverpool_Bulldog

Can’t remember who’s on what side? 60+ and I’m choosing you a new avatar?

PS sometimes I forget I made your avatar