Panthers coach Ivan Cleary has finalised his side to face Cronulla Sharks at Panthers Stadium.
Josh Mansour celebrates his 150th NRL game as the Panthers look to push the club's winning streak into double digits.

The Sharks will be without Shaun Johnson for tonight’s clash with the table-topping Panthers due to the groin injury which saw him replaced late in his team's win over Titans.
His place in the Sharks side will be taken by Braydon Trindall, the young half back set to play his second NRL game after debuting in his teams rind 12 match against the Broncos. 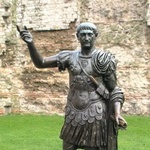 Here's how the Raiders will take to the field against the Gold Coast Titans today at Cbus Super Stadium.
The Raiders have made three changes to the starting side, with Josh Papalii, Dunamis Lui and Hudson Young all starting from the bench, with Ryan Sutton, Joe Tapine and Corey Harawira-Naera all to start.

Titans Coach Justin Holbrook has been forced to make late changes ahead of today’s clash with the Canberra Raiders, with Ash Taylor ruled out through injury.
Jamal Fogarty lead the Titans to face the Raiders
A quad complaint has ruled the five-eighth out of the contest, with Tanah Boyd to start in the halves for the first time this season.
The rib issue that kept Anthony Don out of last weeks match against Cronulla has again hampered the winger and he will again drop out of the squad.
Phillip Sami moves to left centre, with Corey Thompson to start on the right wing.
Sam Stone returns to the starting side, taking the place of Kevin Proctor who unsuccessful at the judiciary earlier this week.
Tyrone Peachey, Sam Lisone, Beau Fermor and Jai Whitbread make up the Titans bench.

But Phillip Sami is listed on the wing.

Sydney Roosters Head Coach Trent Robinson has finalised his 17 man side ahead of kick off in tonight's match at Leichhardt Oval.
The side will line-up 1-17 as per program in Round 15.
Brett Morris and Jared Waerea-Hargreaves make their return, while Freddy Lussick is set to be come Roosters player number 1196 coming off the bench.

Here is our final team to take on the Manly-Warringah Sea Eagles.
Steven Marsters will make his NRL Debut starting in the centres for Dane Gagai while Kurt Dillon will make his Club Debut replacing Jack Johns on the bench.

The Canterbury-Bankstown Bulldogs will take on the New Zealand Warriors this Sunday at ANZ Stadium (2:00PM AEST) in Round 15 of the NRL Premiership.
Coach Steve Georgallis has confirmed his side, with Dallin Watene-Zelezniak and Renouf To'omaga dropping out of the final line-up on game day. Lachlan Lewis and Chris Smith were omitted from the match day squad on the eve of our fixture against Trans-Tasman rivals.

North Queensland Toyota Cowboys Interim Head Coach Josh Hannay has finalised his 17 for Sunday's clash with the Newcastle Knights.
Five-eighth Jake Clifford and second-rower Shane Wright are the final two players to drop out of the squad named on Tuesday.


The Parramatta Eels face the South Sydney Rabbitohs at Bankwest Stadium tonight in Round 16 of the NRL Telstra Premiership.
With an hour to go until kick off, Blue & Gold Head Coach Brad Arthur has confirmed his final seventeen thanks to Taylor & Scott Lawyers.
Stefano Utoikamanu and Haze Dunster drop out of the reserves.

The Gold Coast Titans will start as named today against the Dragons, with Coach Justin Holbrook sticking with the 17 selected on Tuesday.
Corey Thompson retains his spot on the wing, with Anthony Don again missing out.
After missing last weeks game against Canberra with a quad injury, Ash Taylor returns to the halves to partner Captain Jamal Fogarty with Tanah Boyd dropping out of the team.
Mitch Rein is back for the Titans, taking on the hooking role in place of the injured Nathan Peats, while Erin Clark also returns to the side for the first time since round 10.
The game will get underway at 6pm at Netstrata Jubilee Stadium in Sydney.

St George Illawarra interim coach Dean Young has finalised his 17 ahead of the Dragons' Round 16 clash against the Gold Coast Titans at Netstrata Jubilee Stadium, Kogarah on Friday, August 28.
Paul Vaughan (suspension) and Korbin Sims (calf strain) are both absent - with the latter's return time frame yet to be determined. Jackson Ford (suspension) and Billy Brittain are named in their place on the interchange.
The Dragons are 1-17 as per Tuesday's announcement. Tristan Sailor and Eddie Blacker join Jayden Sullivan and Max Feagai as the players to drop out of the initial 21-man squad.