Hi Guys looking for some additional input on my current team.

Have 74k free so can make changes in places if it will be good.

Update: I want to get Carrigan into the team if possible. Best choices I think would be downgrading Aekins/Shiba to free up cash for Carrigan onto the bench or replace Tapine and then get another bench upgrade with the free cash.
Elk Guard 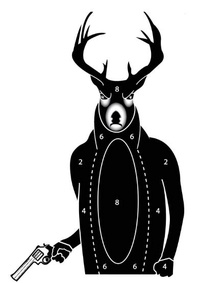 Couple of nice POD in there with Kikau, Tapine, Staggs, Ferguson

Shouldnt need Aekins AND Watkins on the bench, good move to get in Carrigan.

Thank you, took out Shiba and Watkins and brought in Carrigan and J.Saifiti for an emergency.

Seems like lots of cheap starting/bench forwards who could become good cash cows. Just gotta wait and see which ones perform and get the big minutes.
Empyreal

Summary of last trades prior to round start.

Making way for Carrigan (52) was huge as he was great. Unfortunately Aekins (14) far underperformed both Shibasaki (33) and Watkins (40) so ended up picking the wrong one of the 3.

Finally traded Saifiti (32) to Rudolf (30) to free up the cash to swap Mann (41) to Stimson (24). 50/50 on the first trade, didn't really make any difference by disappointed in Stimson given he played 70 minutes, hope for better this week as I doubt I'll be getting rid of him.

Koroiasu (84) - Amazing no change needed
Haas (73) Knight (45) - Haas was excellent as usual. Expected Knight to get more minutes but nearly 1Pt/min is nothing to complain about, will continue to monitor over the next weeks.
Kikau (32) Tapine (40) D Fifita (76) - Kikau started off the bench but named to start this week so not much concern there for me. Would have liked more from Tapine for 80minutes but not looking to change yet. Nothing to say about Fifita, exceeded expectations.
Moses (43) Drinkwater (45) - Slow start from Moses but ended with an ok score in a low scoring game. Drinkwater was great for his price.
Staggs (30) Lomax (43) - Staggs only played 50 minutes, hopefully gets more this week and then should be solid. Disappointed that Lomax is moving from full back, need to keep an eye on his pt/min.
Pap (40) Aekins (14) Ferguson (29) - Pap on par, Aekins was terrrible looking to move him on. Ferguson below par but also a low scoring game, want to persist with him for another week due to their weak draw but I think I'm leaning towards moving him on; likely for Issako.

Stimson (24) Walters (50) B Brailey (45) Carrigan (52) - Disappointed in Stimson given him game time but might stick with him another week given his low price. All 3 others were amazing.
Luai (33) Rudolf (30) Keppie (19) Taunoa-Brown (35) - Keppie the only "disappointment" with my cash-cows, not looking for changes here either.

Will post my Wk2 change plans later but am thinking of getting in Isaako as he looks like a possible early keeper given he will be taking the kicking duties and won't be playing origin.
Empyreal

Did a reshuffle on my team putting Walters to HFB, Drinkwater to WFB and getting Aekins onto the bench.

This free'd me up to trade Aekins -> E Katoa

which free'd up the cash to upgrade Keppie -> Guler

Did want to get Kennedy in as I feel he has a lot of upside and looking like 4-5 more rounds before Moylan returns but the other's seem to good to not pickup.

Little worried about my bench depth but given I'm likely to move Fergo on if he has another poor performance I'm not to worried.
Empyreal

Going to do the mandatory Fifita to Lolo upgrade and getting in grant. Then will also pickup Fogarty as at worst he will gain good money. Then finally upgrading Ferguson to Tedesco. Getting rid of Kikau over Knight as I dont see Kikau getting more minutes and his previous 2 scores have come with a try and LB which is unlikely to continue

Round 3 points were 972 for a round rank of 3726 and overall moves up to 2422. Would have been in with a big one if I captained Haas and kept Kikau over Knight but oh well, gotta move forward.

Initial trade thoughts were Staggs to Capewell and Knight to Turbo. This would let me get Cleary next week with 2 of Tapine/Drinkwater/Brailey depending on rises.

However I'm rethinking this and believe I need to get Yeo in so will have to wait on Turbo. At this stage I think I should be able to get Capewell, Yeo, MoFo and a cheapie and then pickup Turbo next round but will think on the specifics further based on team lists.
RandomSil

I like Yeo and Cartwright if I can pick them up more so.
Empyreal

@RandomSil wrote:I like Yeo and Cartwright if I can pick them up more so.

Yeah I'm getting Yeo in. Interesting that Cartwright hasn't really been brought up in discussion much.
RandomSil

Wait no I had my brain die. I meant Capewell.

"At this stage I think I should be able to get Capewell, Yeo, MoFo and a cheapie and then pickup Turbo"

If you can do this I like this, hell Capewell & Yeo and save the Mofo upgrade and cash to get Cleary next week is a better option imo. As your back 3 is set decently.
Empyreal

Trades this week will be;
Staggs to Capewell
Tapine to Yeo
Lolo to MoFo
Knight to Ponga

Going risky with Teddy captain but I feel he will outscore Haas this week.

Won't have much cash left for Cleary but can cash out a couple of middies for him if I choose.
RandomSil

Those are some hella strong trades with 3 of those being keepers most likely and MoFo a ton of value potentially. I would play Rudolph over Luai personally as he is starting now.
Empyreal

@RandomSil wrote:Those are some hella strong trades with 3 of those being keepers most likely and MoFo a ton of value potentially. I would play Rudolph over Luai personally as he is starting now.

I missed Rudolf starting but do you really expect him to get many more minutes than last week? I expect Luai to play better this week than last and take on a stronger role especially vs a weaker warriors team.
RandomSil

@RandomSil wrote:Those are some hella strong trades with 3 of those being keepers most likely and MoFo a ton of value potentially. I would play Rudolph over Luai personally as he is starting now.

I missed Rudolf starting but do you really expect him to get many more minutes than last week? I expect Luai to play better this week than last and take on a stronger role especially vs a weaker warriors team.

Luai had no involvement, while Rudolf scores consistently so far scoring close to 1ppm. Starting he should do decently and you can bank on 35 - 40 points. Luai could be in for a decent score but he just wasn't involved.
Empyreal

Have multiple cows who I will need to trade out in the next few weeks. Walters, Guler, Brailey, Luai and possibly Drinkwater and Lomax.

Walters will be my first trade out, dropped from the team and basically capped out as well.

Guler would be the next obvious target, losing minutes and points since the season resumed, unlikely to gain much more value.

Luai I will certainly keep. Low breakeven and a decent scorer, as long as he continues to play 80 has a fair bit of cash still to make.

Brailey has certainly been underperforming for his role expectation but won't lose cash and only need a decent score to keep the price rises going.

I'm more cold on Drinkwater than most. Poor scores the last 2 weeks and mid BE so price won't change without some more scoring involvement. Will likely keep at least one week so that he can hopefully perform.

Somehow Lomax continues to score 40's in a losing team without doing anything. Not looking to drop him unless he starts to perform worse.

Likely going to get in Paix and Best. Paix should gain a lot of money even if he only plays 3 more games. The same for Best even in the worst case of him dropping to scoring 30's he should gain good money. These trades would mean I almost certainly wouldn't be able to grab Cleary but DCE or Munster would be options or I could double cash-out next week to bank cash for a single trade move to Cleary the following round.

A few other cows are tempting but either have JS risks or didn't score super strongly.
Empyreal

Made 1 trade so far. Locking in Walters to Paix. Going to run Paix at half as I believe he will out score Drinkwater and Luai and then I'll decide if I bring in Best/Mitchell/other and who to run at 16 & 17.
StuDogg101

The advantage of grabbing Best for you is that Lomax can then be adequate bench cover for those positions which you currently lack. Assuming you play him or the same is true if you bench Best instead. I like it
Empyreal

Going against my FOMO as I think it will hurt me in the long run picking up Best. Picking up S. Crichton instead unless Luai is ruled out then I will swap to Burton. The extra cash from either of these lets me pickup Cleary or Cook next week which I think will be net more points. Still keep the coverage from Crichton and Burton seems to good of a cow even he's back onto the bench next week.
Empyreal

Finished the round on 995 following Teddy's brilliance. Round rank of 1547 and overall up to 652.

Initial thoughts this week are Capewell to Mitchell and Drinkwater to HTF. Free's up more cash to go Brailey to DCE/Cleary next week just means I have to play Fogarty this week.

Other concerns are Luai is about to peak in price especially if he keeps losing minutes and Paix could be dropped with Luke coming to the Broncos.
Go to page : 1, 2, 3