Not sure if walters is going to be reliable for a back up spot then, especially if the smith trade happens.

Milchcow, how would you rate my potentials?:

@Donkeyyyyyy wrote:
I'd like to but finding it hard to get him a spot in my team. Carrigan better value and Easy E to free up some cash and POD value

I’m very tempted by Ese’Ese but obviously we have no idea how O’Brien plans to manage his forward rotation!

Herman is a ppm best though so 50mins would be enough for him to average 45-46.

Do you reckon he gets those 50mins?

What will Watson’ role be off the bench?
CubanMafiaSandSlugs

I love the obvious posts for upvotes...

Not sure if walters is going to be reliable for a back up spot then, especially if the smith trade happens.

I'm starting to become resigned to the fact that I'm going to have to take a punt on some of these guys with poor job security and just trade hard for the first few weeks like we always do.
Rabbits21

Are you spying on me?!

Lol, I’m making a glorified assumption based on what I reckon is true

Actually pretty surprised by this, score 0-7 so far. Can’t decide if I’m getting stitched up or my evaluation is off and my anxiety is playing up[/quote]

Assuming you have Haas as captain in the absence of Lolo, DFifita and Friend are 2 of the most popular players here (even accounting for some last minute jitters from a few), of course they'll be a popular combo
Rabbits21

Everyone still has Knight locked in.

Is Herman tempting you though?
SoylentGreen Does everyone have "plans B" for a late withdrawal of a player?

If it was Rachel or Monica you'd get a downvote from me.
Reg 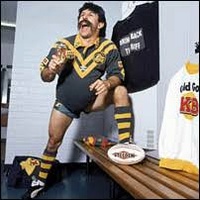 After all the Coronavirus talk it moves on to Friend

Says he is happy that Friend got a good pre-season in. Happy to bide his time, just a spot in the 17, or play reserve grade if he has to. Certainly wasn't talking as if he was going to have a major role this year

Did you hear what happened to Latrell Mitchell?

Williams, Su'A and Stimson on my bench alongside koro. Starting Wiliame and Kennedy to accomodate said bench. Hampton as coverage. Got to take risks to win it.
Mulvy

@Rabbits21 wrote:
Is Herman tempting you though?

I like Herman starting and was very interested in preseason but that was before Lodge got injured and Ofa suspended and Carrigan was named captain of both the trial side and this weeks NRL side and before Knight was moved to lock with promises of big minutes, big muscles and rainbows.
WT2K

Final spot for my lot comes down to Su'A/Stimson
Donkeyyyyyy 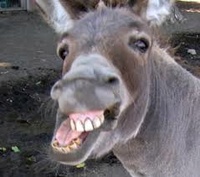 How does this team tracker work?
rhinoceroo 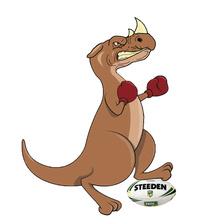 Herman has more upside as a fantasy player. Busts more tackles, pops more offloads. Knight has more job/minute security, but I see him as being a Tolman who'll plod away and score 45-50s (which is fine for his starting price) without ever threatening to boom.

If I was O'Brien, Watson would be coming on at around 30 as roaming lock, then Herman back on for Brailey at around 60 with Watson going hooker. That would give Herman decent minutes, but I'm not the coach.
wolfking

I'm warming to Kennedy too. Morris going frees up some space. Dugan could slot into centre if he ever returns and Moylan is always injured too. When he's not injured, SJ will be injured.
Reg

Upvote for Lolo and Haas.

Downvote for Stimson and Dugan (Who will be back soon).
mattnz

@ytsb wrote:I am petrified that Watson will play lock and Ese will be a dud...

If watson plays starting lock, I will trade to him in a heartbeat
Go to page :