Bit of disention in the ranks of the emerging maroons. Who's the dog or dogs that ratted out the other players. Texts and innuendos are flying
standard-issue

Your Name wrote:Bit of disention in the ranks of the emerging maroons. Who's the dog or dogs that ratted out the other players. Texts and innuendos are flying

Something reported in the news or just social media at this stage?
No Worries

So Will Chambers is out of origin with a 3 month injury. Slater is gone, so the outside backs are looking thin, particularly with Munster ruled out through internal suspension.

Of the 5 positions available:
Boyd and Inglis are locks
Gagai is probably a lock
Oates is probably most likely of the rest
The 5th spot will be a toss up with some players who were long shots at the start of the season now in contention - Feldt, Holmes (was he one of the 8 suspended players?), Barba, maybe left field with Morgan playing fullback, Moga if he storms back from injury, O'Neill (yuck) & Edrick Lee (yuck). Maybe a few others I've forgotten.

Is Jack Reed eligible to switch allegiance? I don't think he's played for England for a while. Perhaps Hodges can put the boots back on...
leaguegod

Holmes and lee both suspended

I thought they stopped players switching between the major nations ? Could be wrong


I think feldt will get the 5th spot
Dip

Didn't realise Auva'a was a QLDer. He'd be close. Mbye out of position is a chance as well I guess.

or for the sake of only having rookie wingers:
Boyd
Oates
Inglis
Gagai
Feldt or Holmes (I'd pick Feldt personally)

I checked and Reed only played for England in 2011. I'd prefer him in the centres before Feldt, Holmes or Auva'a are selected, but if we're going to "bend" the rules with international eligibility, I'd prefer we bent the suspension rule first and put Munster at centre.
leaguegod

Auva'a has been 18th man behind Bryson Goodwin and Hymel hunt twice this year, you have better options

I thought they stopped players switching between the major nations ? Could be wrong


I think feldt will get the 5th spot

Regarding Reed switching nations, I had a quick rule and it doesn't seem to differentiate between the 3 major nations and other countries, but perhaps there is a separate agreement between those countries.
leaguegod

To qualify for
State of Origin you must be eligible and elect to play for Australia and have not
represented another Tier
1 Nation at Senior Level
(England/New Zealand).

yep, they were the 6. with munster and holmes the original 2


i think you guys are ok atm. feldt and oates both playing well

thats not a terrible backline, if you lost either boyd or GI between now and the start, it will start to look iffy


if you did suffer another injury, i to think you'd be better with morgan at fullback then bringing in say justin o'neill
Guest

Yeah Boyd has to be FB now because of that injury. Oates and Feldt as wingers is tolerable.
Honeysett 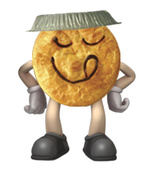 SUrely they play Boyd at fullback with inglis at centre.
Guest

@Honeysett wrote:I think they will line up with a second rower in the centres

And leave out a bloke who played origin last year to get some experience for this year knowing full well that Hodges was retiring? Yeah right...
Krump

No it doesnt. If NSW select Pearce it means QLD wins origin.
leaguegod

i think boyd has actually been playing quite well too, certainly better then inglis


plus, with boyd and GI being clearly their 2 best backs, there is no way you want one of them on the wing
Pieman

Playing Morgan at FB isnt a back option at all.
I would rather Boyd there than Morgan. At least you know boyd isnt really dangerous running it back.
leaguegod

@Pieman wrote:Playing Morgan at FB isnt a back option at all.
I would rather Boyd there than Morgan. At least you know boyd isnt really dangerous running it back.

i think 1 or 2 more injuries and it becomes a massive chance, would QLD go back to DCE as utility then ?
Go to page :